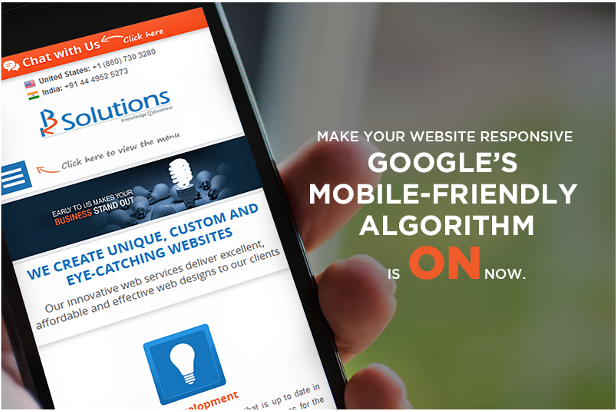 Google rolled out its mobile-friendly algorithm on April,2015. If your brand doesn’t have a mobile friendly website, then you are sure to be out of search race as the algorithm only crawls website that are responsive and mobile friendly. K2B Solutions stays focused on the updated trends as it helps our clients to make successful businesses over the web. 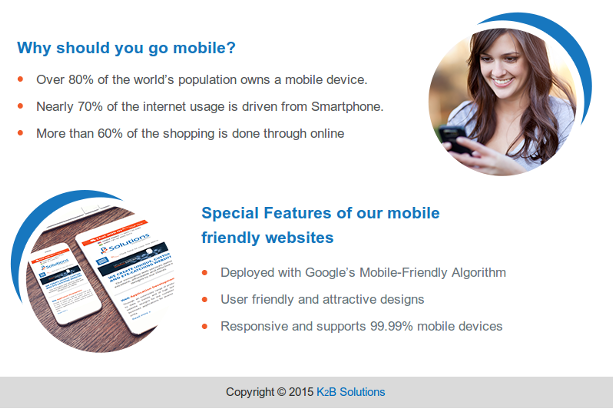 Google is up on the mark of its new mobile friendly algorithm which is sure to shake the life of every webmaster. It recently announced that the mobile friendly and responsive websites are going to have good results on search ranking. As per Google’s news, this algorithm will come to effect from 21st April, 2015 which will help mobile searches in all languages. It caught up the eyes of webmasters and now they are really busy to make changes to cope up with the new algorithm and websites failing to do so are sure to be penalized.

The world is now moving towards mobile and eventually there are many users who actually access internet from their Smartphone and mobile devices rather doing it on desktops/PCs. A recent survey stated that around 80% internet users own a Smartphone and also 7 out of every 8 minutes of media consumption activity is done using a Smartphone. Smartphone has overcome the media usage when compared with that of tablets.

This is why now Google is on the track of updating its algorithm. This mobile friendly algorithm is sure to create a huge impact than that of the impact created by Panda and Penguin, Google’s previous algorithms.

Algorithm’s impact on your business:

You might have few questions like how this algorithm will create an impact on my business? and how to check whether my website is mobile friendly? Here are few things which help you get clear.

It is pretty easy to find whether you site is mobile friendly or not. Just by running Google’s Mobile-Friendly Test. 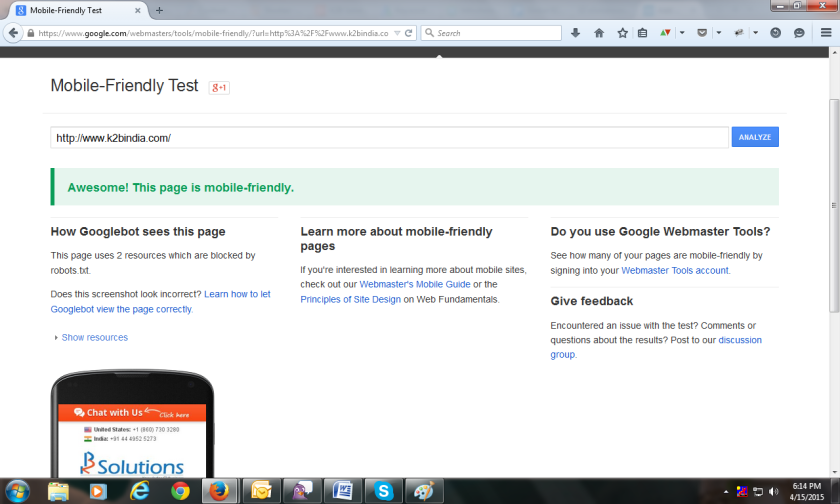 Another way is by using your Smartphone. Search you website on you Android, iOS or Windows device and if you find the Mobile-Friendly Label on the search engine result page (SERP), they you are safe and your website is mobile friendly. 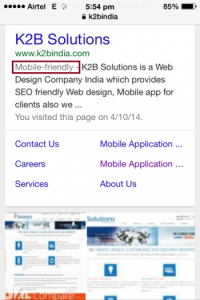 What this algorithm does?

Google has used the word “Significant” which does mean a lot. This is what Google said, “This change will affect mobile searches in all languages worldwide and will have a significant impact in our search results.” Neil Patel, co-founder of Crazy Egg did a small dig in the Google’s Webmaster blog archives and found that Google used the word “significant” for algorithms like Panda 1.0 in 2012, Crawling in 2012, Linking in 2009 and Markup in 2010. And as per his predictions, non-optimized mobile pages will drop from the mobile search rankings and eventually in the desktop ranking too.

Here are few significant features that this algorithm offers

Google is leading the way in taking up search to a new level i.e. it is spreading its word to make every possible solutions come true on mobile. The following is what we need to do to be in the race